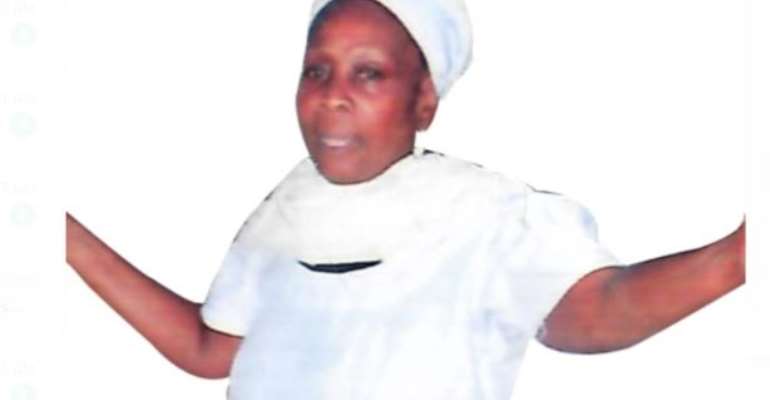 The presiding prophetess of Christ First Word Church International in Gomoa Eshiem in the Central region who is being wanted in the case of murder of one and a half-year-old Kwame Adobaw has been arrested.

Some opinion leaders of Gomoa Ajumako effected the arrest of Prophetess Ama Nkansah, 64, and sent her to the Asikuma Police station on Monday, 1 June 2021.

The suspect has been detained to assist with investigations.

Prophetess Nkansah is believed to have told a man identified as Paul Adobaw, popularly known as Kojo Okor, to bury his child alive at the backyard of his house.

Reports say Kojo Okor, married to one Yaa Atta at Brakwa has five children with the deceased Yaw Adobaw being the fourth child. The deceased from the time of his birth was not able to walk.

Due to such the situation, the father consulted Prophetess Ama Nkansah who told the suspect that the baby is a spiritual child from a river and if he doesn’t return the baby back to the river gods, he will continue giving birth to such babies.

On that fateful night, the suspect and the Prophetess had sent the baby to a stream called Gyankobeng, where they dug a grave, performed some rituals on the child and buried him alive.

When the incident was reported to the Police, the body was exhumed, washed and carefully inspected by the police and blood was found oozing from the nostrils and the mouth.