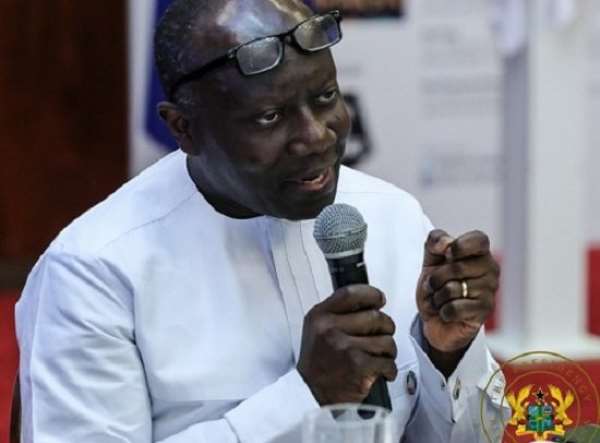 The banking sector remains well-capitalised, liquid, and profitable, backed by strong buffers to support the recovery process, according to the Finance Minister, Ken Ofori Atta.

He said banks reported a strong balance sheet position as at end of September 2021, though with marginal declines in the annual growth rates of some key balance sheet indicators this year, compared to the same period last year.

According to the Finance Minister, total assets of the banking industry increased by 16.9 percent year-on-year to GH¢170.3 billion as at end-September 2021.

Mr. Ofori Atta made the disclosures while presenting the 2022 Budget Statement to Parliament on Wednesday themed, “Building a Sustainable Entrepreneurial Nation: Fiscal Consolidation and Job creation.”

The Finance Minister noted that, growth in investments moderated in September 2021, as banks redirected a portion of additional liquidity flows into credit in the third quarter of 2021. Investments in bills and securities, he added, grew by 30.0 percent year-on-year to GH¢81.2 billion as at end-September 2021 compared to a growth of 36.6 percent in September 2020.

He continued that banks reported a gradual rebound in credit growth in September 2021, in line with projections of a net ease in the stance on loans to enterprises and households, and an increase in credit demand, as reported during the August 2021 round of credit conditions survey.

Mr. Ofori Atta added that gross loans and advances in the year to-September 2021 increased by 4.8 percent compared to a lower growth of 1.7 percent in the corresponding period last year.