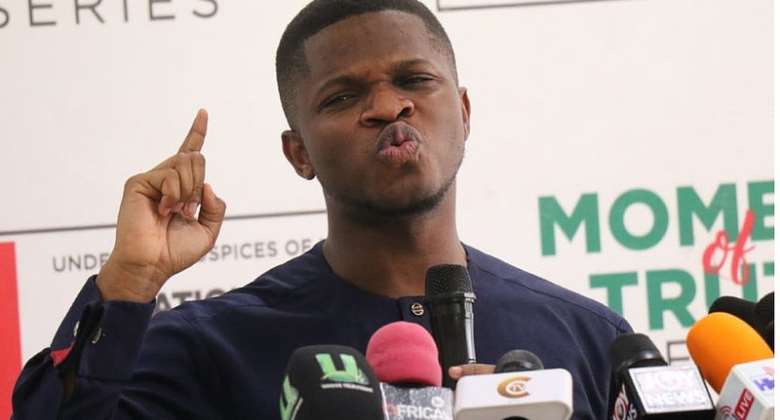 National Communication Director of the National Democratic Congress (NDC), Sammy Gyamfi has said he is totally scandalized at the occurrences at Parliament since last Friday.

He said the whole “embarrassing spectacle” has come about because of what he called the insensitivity and recalcitrance of the New Patriotic Party (NPP) government.

Sammy Gyamfi however commended the Minority in Parliament for the spirited defence and resistance to what he said is the attempt by the NPP government to burden the citizenry with killer taxes.

“It has come about because the NPP, Dr. Bawumia and Akufo Addo are hell bent on imposing more hardships on already suffering Ghanaians. They are hell bent on squeezing from our pockets, our bank accounts, our Momo accounts, useless and needles taxes that would only impoverish the Ghanaian.”

The NDC Communication Director was sharing his opinion with Dr. Randy Abbey on Metro TV’s Good Morning Ghana on Thursday on the current happenings in Parliament.

Sammy Gyamfi pointed that payments to government agencies including even mortuary fees would go up by 15 percent should the 2022 budget be approved.

“And that applies to the school fees that students in polytechnics, what we call technical university students, universities, nursing training institutions, so all of them are going to pay 15 percent increase in school fees because of this draconian policy of this government to increase fees and charges by averagely 15 percent,” he said.