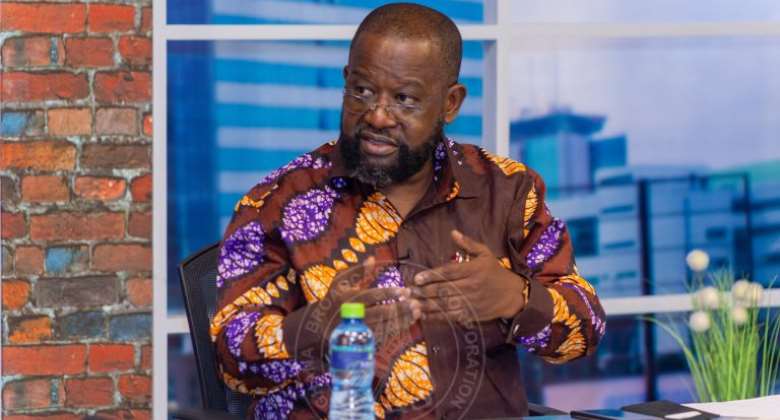 The issue of neutrality allowance has come to the fore once again following the decision by the Civil and Local Government Staff Association of Ghana (CLOGSAG) to embark on strike action to demand it.

Speaking on the TV3 New Day programme on Friday, April 22, 2022, Mr. Kwame Jantuah reminded government that the payment of neutrality allowance to public servants is an affront to the constitution of the country.

He insists that if public servants want to go into politics, they should resign from public service.

“Neutrality allowance is given to them so they don’t get into politics, what does the constitution say? The constitution indicates that if you are a public servant, you are not allowed to engage in partisan politics, it has been reinforced by the Supreme Court,” Jantuah argued.

He continued, “So if I work for the civil service and I want to go into politics, what do I do? This gentleman who was a police officer who is now in Parliament, did he not resign? So what are we talking about?

“If some of think that you want to charge e-levy and you won’t use it judiciously, these are some of the things. How can you say that because you don’t want civil servants to go into politics, you are paying them compensations.”

Going forward, the private legal practitioner has called on CLOGSAG to come out with a list of what it is demanding from the government to prove that indeed the decision to strike goes beyond the neutrality allowance.

“The other thing CLOGSAG hasn’t been able to do for us which I pray they do, they say it is more than neutrality allowance, there are other things involved, they should give us the proposal or the list to go through to see whether that is right or that isn’t right,” Kwame Jantuah said.

Meanwhile, in the latest development to the CLOGSAG strike, the leadership has confirmed that members will return to work on Monday, April 25, 2022, after a crunch meeting with government on Thursday.