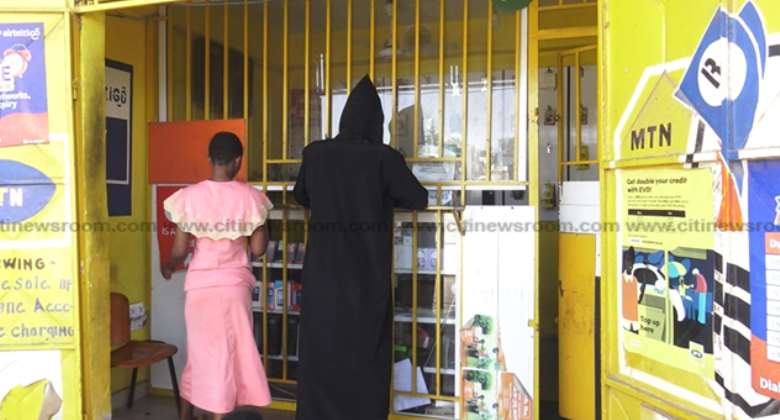 Panic withdrawals ahead of the implementation of the electronic transfer levy on Sunday left agents who operate mobile money business, otherwise known as MoMo, to idle.

When Citi News visited the Nima and Accra Newtown enclaves in the Greater Accra Region, many of the agents confirmed a shortage of cash due to the rush from customers to withdraw their funds.

The controversial electronic transfer levy, known as the e-levy, has finally been implemented.

According to the Ghana Revenue Authority, the 1.5 percent levy is being implemented in phases.

This means that the full remit of implementation will not be experienced right away.

Prior to this, many industry players had warned that the introduction of the levy would erode the gains of the government’s digitization agenda.

As of Saturday, April 30, 2022, several commercial banks and all mobile networks had sent messages and emails to customers reminding them of the implementation of the E-levy on Sunday.

The reaction to these reminders, according to some persons who had earlier spoken to Citi News, was the mad rush for people to withdraw funds in their mobile money accounts.

But what has been the situation on the first day of implementation of this controversial tax on electronic transactions?

Felicia Asiamah said, “Because we withdrew the money from the bank on Friday, we don’t have cash for MoMo withdrawals now. We are able to withdraw the smaller amounts for them, but we can’t withdraw GH¢5,000 for instance for one person. I got here at 10am and I don’t have any cash for withdrawals. On a normal day, people would come and deposit as well, so I would have enough cash, but the situation isn’t so today.”

Ramatu Adam added, “Banks will open on Wednesday because of the holidays, so we have no choice but to withdraw cash via the ATM machine. But the ATM charges are outrageous. Yesterday, people came wanting to withdraw GH¢4,000 and above and I couldn’t do it for them because I wouldn’t get any profit from that. Any amount above GH¢1,000 withdrawn from the bank has a GH¢4 charge on it. So if I should withdraw GH¢4,000 for a customer and gain a GH¢4 profit, and I go to the bank and pay GH¢53 as ATM charge, I would only run at a loss. So the authorities should help us.”

These agents however attributed the panic withdrawals to the low level of sensitization by the government and telecommunication companies.