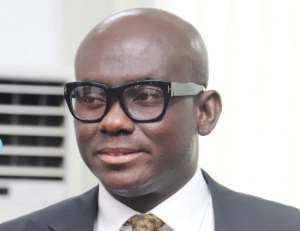 The Attorney General (AG) has been given one month to speed up processes for a 50-year-old pastor of the12 Apostles Church to stand trial over the death of a four-year-old girl, he allegedly defiled at Asuokor in the Eastern Region.

Isaac Bowe Gyasi is said to have defiled the victim in a bathroom near his church.

Residents nabbed him in the act on November 28, 2019 and handed him over to the Police.

The state held that the victim died as a result of the defilement while on admission.

Accused since 2019, has been on remand and is facing a charge of murder.

His counsel, Mr David Owusu Tachie informed the virtual court that he was under the influence of alcohol when he allegedly committed the act.

Mr. Tachie therefore prayed for bail for the accused, a father of one adding that accused should be charged with manslaughter and not murder.

The Justice for All Programme Virtual Court held at Nsawam Medium Security Prison and presided over by Justice Clemence Honyenuga, turned down the bail application put in by the accused.

Justice Honnyenuga  considering the nature and facts of the case refused bail and gave the Attorney General one month to commit the accused person to stand trial at the High Court.

The state led by Yvoone Y. Dacosta, Assistant State Attorney and Vivian Osei Tutu opposed to bail saying the Bill of Indictment had been dispatched by the Attorney General and to prosecute the matter.

During the virtual edition of the Justice for All Programme (JFA) at Nsaeam, the  two courts heard 60 cases.

At the end of the sittings of the two courts (clothed with High Court Jurisdiction), discharged three persons unconditionally, 27 persons were granted bail with 23 others refused bail.

Six persons had their cases struck out and one person referred for Psychiatric examination.

The courts were presided over by Justice Angelina Mensah Homiah, a Court of Appeal judge and Justice Clemence Honyenuga, Justice of the Supreme Court and Chairman of the Justice For All Programme.

Justice Honyenuga said the virtual Justice For All Programme train will move to the Volta Region which is Ho Prisons.

The Justice For All Programme (JFA) seeks to provide opportunities for accused persons who have been on remand for long years without trial.

The JFA is held in collaboration with POS Foundation, a human rights non governmental organisation.